“The blood-song rose with an unexpected tune, a warm hum mingling recognition with an impression of safety. He had a Tower Lord - Anthony blocwindcotssidi.ga [center][color=#][size=][b]Series:[url=http://wwwsitecom/Blood- Song-Ravens-Shadow-Novel/dp//ref. Tower Lord by Anthony has the rhythm of Kevin James in Hitch (). Which is weird, because Ryan's debut novel, Blood Song, was like a. 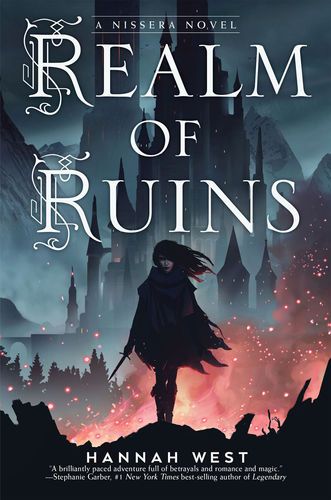 The Shadow of Elysium. An Echo of Things to Come. James Islington. The Grey Bastards. Jonathan French. The Liar's Key. Grey Sister. Stranger of Tempest. Tom Lloyd. Red Sister. Bane and Shadow. Sword of the Crown.

The Price of Valor. The Death of Dulgath. Shadow and Flame. Gail Z. Powder Mage Novella Collection 1. Wrath of Empire. Holy Sister. A Crucible of Souls. The Battlemage. The Triumph of the Dwarves. Markus Heitz. Age of Myth. The Spider's War. 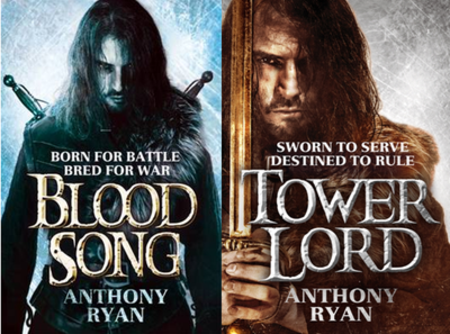 The Tiger's Daughter. K Arsenault Rivera. The Shadow of What Was Lost.

Princess of Blood. Servant of the Crown. The Tethered Mage. Blood Song. Anthony Ryan. Queen of Fire. The Legion of Flame.

Tower Lord. The Waking Fire. An Aria for Ragnarok. Slab City Blues: A Song for Madame Choi. The Ballad of Bad Jack. A Hymn to Gods Long Dead. Slab City Blues. The Wolf's Call. July The Empire of Ashes. A Duel of Evils. Candle and Sun. How to write a great review. The review must be at least 50 characters long. Penguin supports copyright. Copyright fuels creativity, encourages diverse voices, promotes free speech, and creates a vibrant culture.

Thank you for downloading an authorized edition of this book and for complying with copyright laws by not reproducing, scanning, or distributing any part of it in any form without permission.

You are supporting writers and allowing Penguin to continue to publish books for every reader. For more information, visit penguin. YQ44 '.

July Cover illustration c Cliff Nielsen. Cover photographs: Cover design by Judith Lagerman. Main map by Steve Karp, based on an original by Anthony Ryan. This is a work of fiction. Names, characters, places, and incidents either are the product of the author's imagination or are used fictitiously, and any resemblance to actual persons, living or dead, business establishments, events, or locales is entirely coincidental.

Also, deep appreciation to my UK editor, James Long, for his support and commitment to this project.

And finally, heartfelt thanks to my long-suffering second set of eyes, Paul Field. Standing tall as always, angular features turned towards the horizon, his cloak wrapped tight against the seaward chill. My initial puzzlement at finding him here faded as I caught sight of the ship leaving the harbour, a narrow-hulled vessel of Meldenean design, sent to the Northern Reaches with an important passenger, one I knew he would miss greatly.

He turned to regard my approach, a tight, wary smile on his lips, and I realised he had lingered to witness my own departure. Our interactions since the relief of Alltor had been brief, somewhat terse in truth, distracted as he was by the ceaseless tumult of war and whatever malady had plagued him in the aftermath of his already legendary charge. The fatigue that turned his once-strong features into a sagging mask of red-eyed lethargy and his strident if coarse voice into a droning rasp.

It had faded now, I could see. Recent battle seemed to have restored him somehow, making me wonder if he found some form of sustenance in blood and horror.

Can it be? I wondered.

Is he seeking forgiveness? I'll accompany you. The reborn court of the Unified Realm had little time or inclination for ceremony. Naturally, our vessel was moored at the farthest end of the line. I knew his apparent indifference to this theft was at least partly derived from his gift; he could always simply pen fresh copies, and openly since the need to keep such things hidden had disappeared. The Dark, as they called it, now revealed and discussed openly, the Gifted free to practice their talents without fear of swift torment and execution, at least in theory.

I could see the lingering fear on the faces of those not so talented, and the envy, making me wonder if perhaps the wisest course would have been to keep the Gifted in the shadows. But could shadows ever linger in the fires of war? Seeking out signs in the undergrowth of correspondence and memoir, tracking prey via the spoor of memory.

I don't expect to find a complete and unbiased history of this thing, be it beast or man or neither. But it will have left traces, and I intend to hunt it down.

Where is your certainty? I thought. It had been one of his most aggravating traits during our previous association; the implacable, unshakeable surety.

Now there was just a grim and troubled man weighed down by the prospect of trials to come. And you're right, the Ally will most likely see it all.

Any more than your Emperor can expect to remain immune from the Ally's attentions. Just ink, paper and wax, I thought. Yet it could send millions to war. We halted as we came to the ship, a broad-beamed Meldenean trader, her planking still scorched from the Battle of the Teeth, rails bearing the scars of blades and arrowheads, patches on the sails furled to the rigging. My eyes were also drawn to the serpentine figurehead which, despite having lost much of its lower jaw, retained a certain familiarity.

My gaze found the captain at the head of the gangplank, thick arms crossed, his face set in a glower, a face I recalled all too well. There was a faint glimmer of amusement in his gaze as he shrugged.

I'll join you in a moment. I look forward to hearing the tale of your campaign. There were some. I have scant notion of how this war will end, or even if either of us will live to see its end. But if we do, find me again and I promise you'll have nothing but truth from me. For what scholar does not hunger for truth from one such as he?

But there was no gratitude as I looked into his gaze, no thought save a name. How does a killer bear the weight of killing and still call himself human? But we are both killers now, and I find it burdens my soul not at all. But then, I killed an evil man, and you a good one. Soft, icy caresses on her skin, tingling and not unpleasant, calling her from the darkness. It took a moment for memory to return and when it did she found it a fractured thing, fear and confusion reigning amidst a welter of image and sensation.

Iltis roaring as he charged, sword bared. The ring of steel. A hard fist across her mouth. And the man. The man who burned her. She opened her mouth to scream but could issue no more than a whimper, her subsequent gasp dragging chilled air into her lungs. It seemed as if she would freeze from the inside out and she felt it strange she should die from cold after being burned so fiercely.Age of Myth.

Tower Lord 4 of 6. The Guns of Empire. Soft, icy caresses on her skin, tingling and not unpleasant, calling her from the darkness. Blood Song 3 of 5.